With automated improvements and serverless deployment, creating a cloud-native solution using our GCP consulting services is the goal. This is possible as the expenditure on operations is minor, enabling rapid modernization for an open and cloud-native architecture – all while ensuring better use of resources, people, and time.

Recent times have created multiple unexpected pressures on businesses of all kinds; some have also caused a series of urgent challenges and issues that include:

In most cases, the answer lies in a detailed step-by-step cloud computing deployment tailored to meet the requirements. Businesses also believe in the rapid adoption of any public cloud computing technologies. While this can help reduce infrastructure and management costs, consuming Google's data centre assets makes it easy to scale up and down the consumption based on the needs and requirements. With constant innovation in the pipeline, Google Cloud Platform's new and updated technologies can also be adopted in real-time, making the process cheaper, flexible, and faster!

We understand that adapting to change can be a challenge. Different businesses have different needs, and no one formula fits all. Hence, our GCP services involve customizing the application modernization solutions based on the business needs, which include:

Our experienced GCP consultants will help you plan, implement, and manage your migration to Google Cloud Platform – so you can get the power of Google at your disposal!

The Process of Application Modernization

Current and existing applications can limit initial performance, primarily if they have not been containerized or if the manual processes are not automated. Once the applications are identified, we help plan a software delivery environment where the focus is on a sustainable and robust outcome. This assists in enabling Google Cloud Platform's newer technologies to grow the capabilities while either replacing the limited functions or running parallel alongside the old system. We at Royal Cyber ensure the primary metrics for measuring improvement while modernizing and delivering software involve asking the following questions:

These are the initial standards by which one can analyze the platform's new capabilities or improve software technologies.

While moving from the current state to the goal, it is essential to think of the order of value. Every capability provides benefits and unlocks applications to be modernized. Listing out the modernization needs in charge of the costs and opportunities helps give a clear goal and demonstrable impact.

Migrations can also include measures of risk, usage, and urgency of need. Our GCP migration services involve focusing on the most impactful service based on utilization and business importance. Every transformation involves risks, and the risks to consider here have a direct customer impact, loss of revenue and even negative brand impact.

A flexible and modular approach to architecture makes it easier to introduce new capabilities at a faster rate – the process involves learning capabilities in a low-risk way and eventually migrating to higher-risk services. We at Royal Cyber ensure to study service adaptation methodologies before conducting our modernization services.

Multiple capabilities can be affected by low-risk services. We at Royal Cyber adopt a small instance or service strategy for a smooth migration and add more once operational comfort is gained. The process helps to systematically progress while adding capabilities to the software delivery and operations platform – thereby achieving and providing capabilities to the overall business. Each element added allows more applications to be modernized or delivers new value to the already updated applications.

Why Google Cloud should be a part of your portfolio?

Google Cloud Platform is progressive among businesses as it solves challenges and provides products and solutions for digital transformation.

Google Cloud has several unique attributes which set it apart from other public cloud service providers.

For example, earlier this year, a global video-creating company, "90 Seconds", decided to migrate from another cloud service provider to Google Cloud Platform. The main reason for their decision to move to Google Cloud Platform was the scalability, performance, and reliability of this cloud platform. It has been less than a year, and "90 Seconds" have managed to move their entire data infrastructure along with eight years' worth of high-definition video content to GCP. In addition, the benefit of migrating to Google Cloud Platform includes providing users with role-based access to all Google services, which means that the company now no longer must manage individual database access with password and security concerns – thereby improving the overall manageability and performance.

Another example is Allcyte; a biotech company focused on making better anti-cancer drugs. They use Google Kubernetes Engine to implement Graphic Processing Units (GPU) based solutions to analyze complicated samples. Using advanced tools to take their software from code and deploying it as a cluster on GKE enables them to write new versions of the software and commit to it, after which all configuration details are taken care of. In addition, they can now approve versions of the code to be able to use it at scale within the hour!

We at Royal Cyber take pride in the partnerships we build with our customers as we provide solutions that meet the needs at every point of the journey. Whether it is an enterprise trying to solve the challenges of a cloud environment or looking to adopt modern development principles, our certified GCP consultants will help at every step of the way. Royal Cyber will provide you with a host of solutions to address all the various challenges you may face during the modernization process. 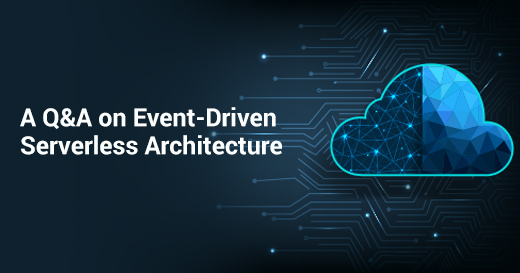 A Q&A on Event-Driven Serverless Architecture 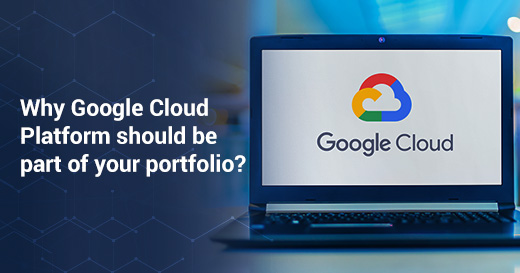 Why Google Cloud Platform should be part of your portfolio? 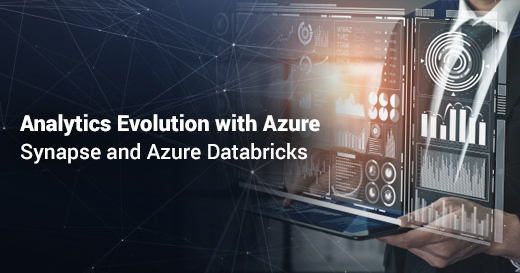