OpenShift vs. Kubernetes: Which One is Better?

The launch of Docker in the early 2013s led to the concept of containerization, where the switching from the standard server-based monolithic applications to dockerized containers was promoted, which led to the creation of stateless applications. In the present-day world, containerization has been proven as the most effective source for scaling an app from tens to thousands and hundreds and thousands of times. It also proved to be effective in terms of handling security, strengthening the CI/CD process, as well as proving as an efficient source for handling a large number of users and data accurately. We have an example of Pokemon GO, being hosted on the Kubernetes platform, which could scale-out thousands of times to handle the sudden unexpected load, which was due to containerization. 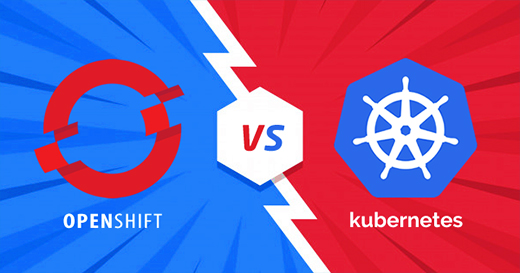 In today’s blog, we are comparing two of the most popular container orchestration tools, namely 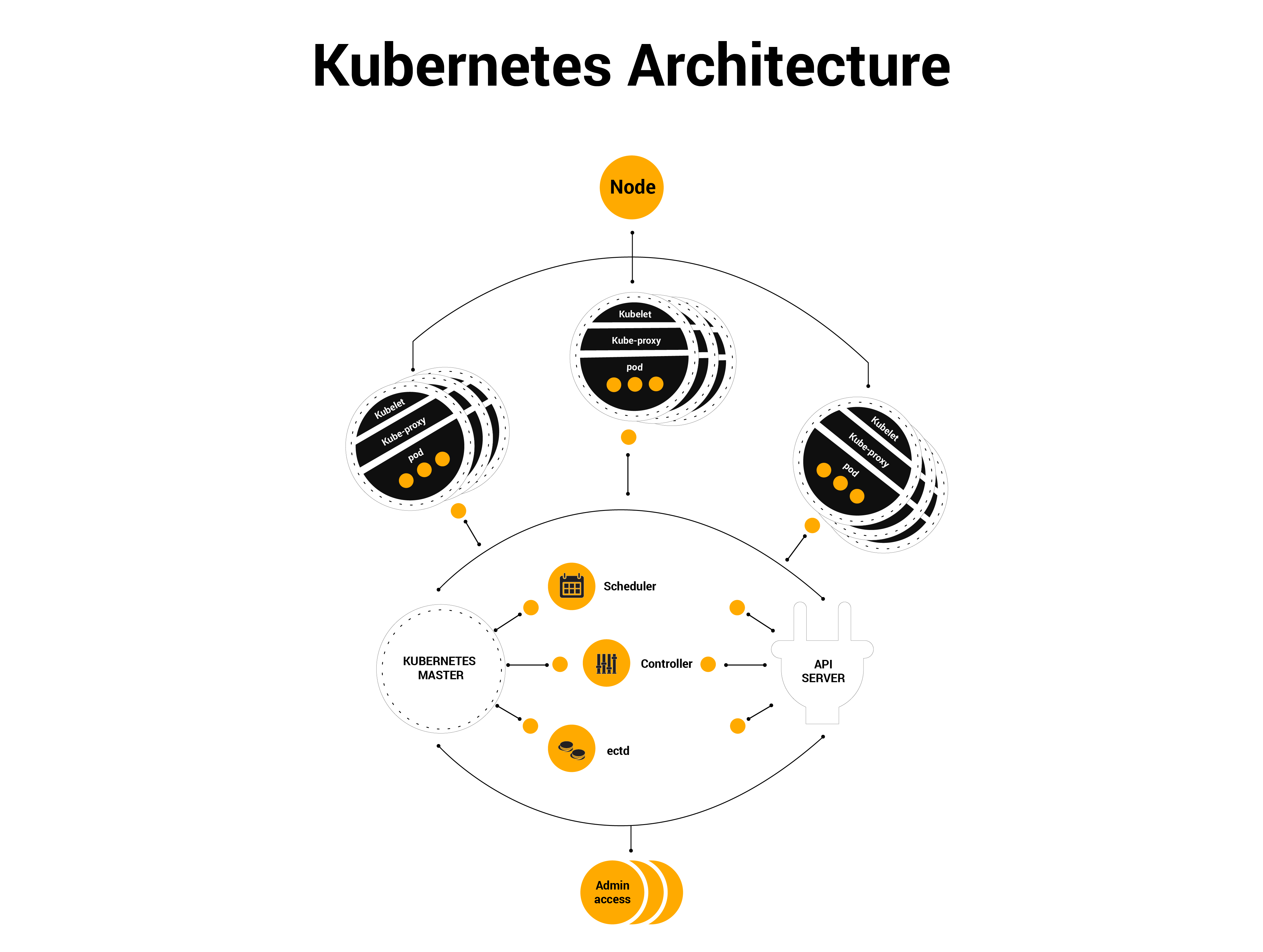 Kubernetes: Kubernetes is a container orchestration tool with powerful community support and continuing ongoing development. It supports the launching, modifications, health check, state management, and many things for the application containers hosted in a cloud environment. Other than this, major cloud providers like AWS, GCP, and Microsoft Azure, offer managed Kubernetes service. You can even host in a bare-metal environment. 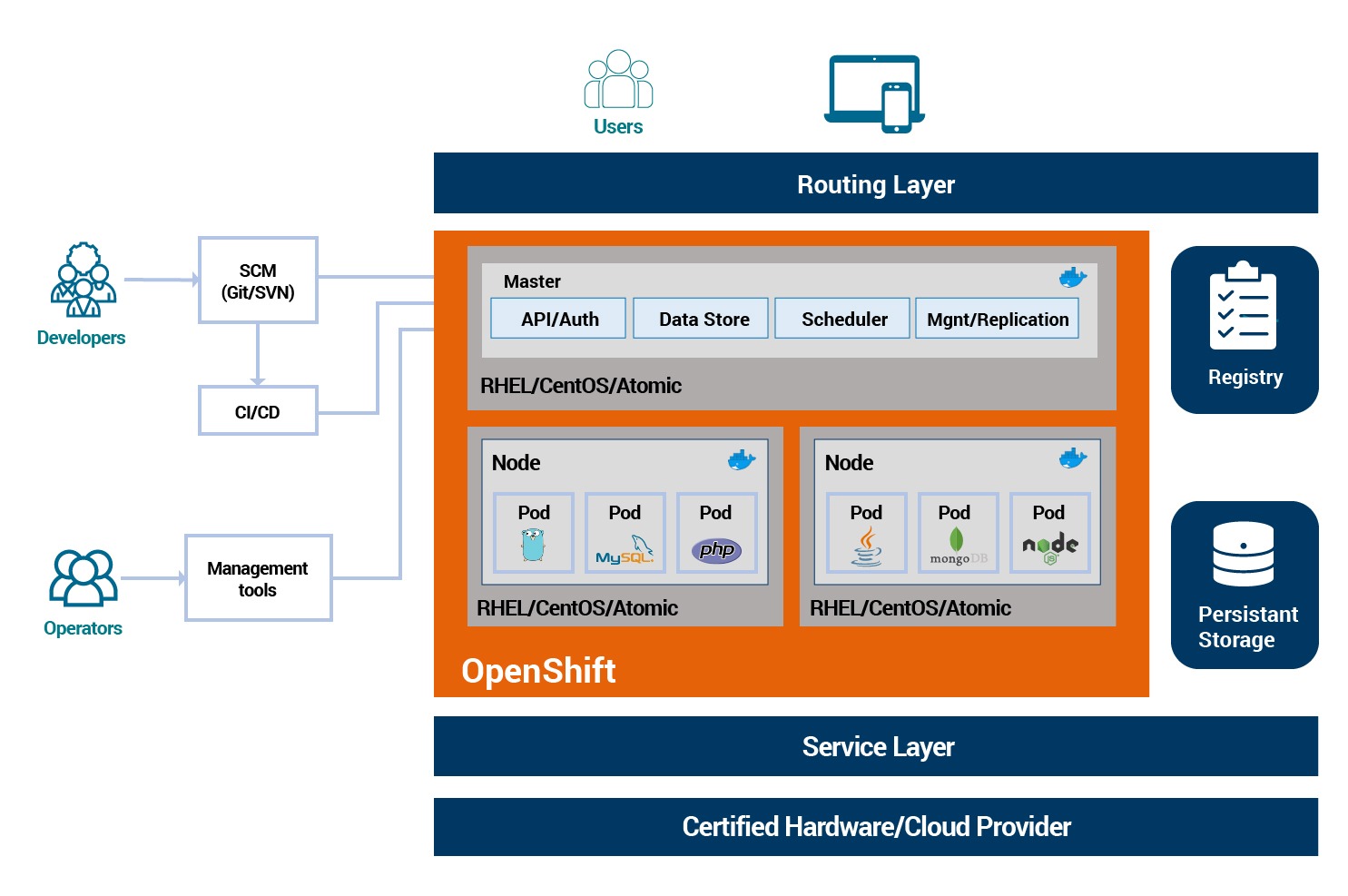 Openshift: Red Hat OpenShift is a container orchestration tool with Kubernetes at the backend. It is an enterprise-level tool that’s easy to set up and provides support for multiple applications. It has many stacks and templates built-in and provides CI/CD support by even hosting a Jenkins container of its own.

OpenShift Vs. Kubernetes, which one is better? 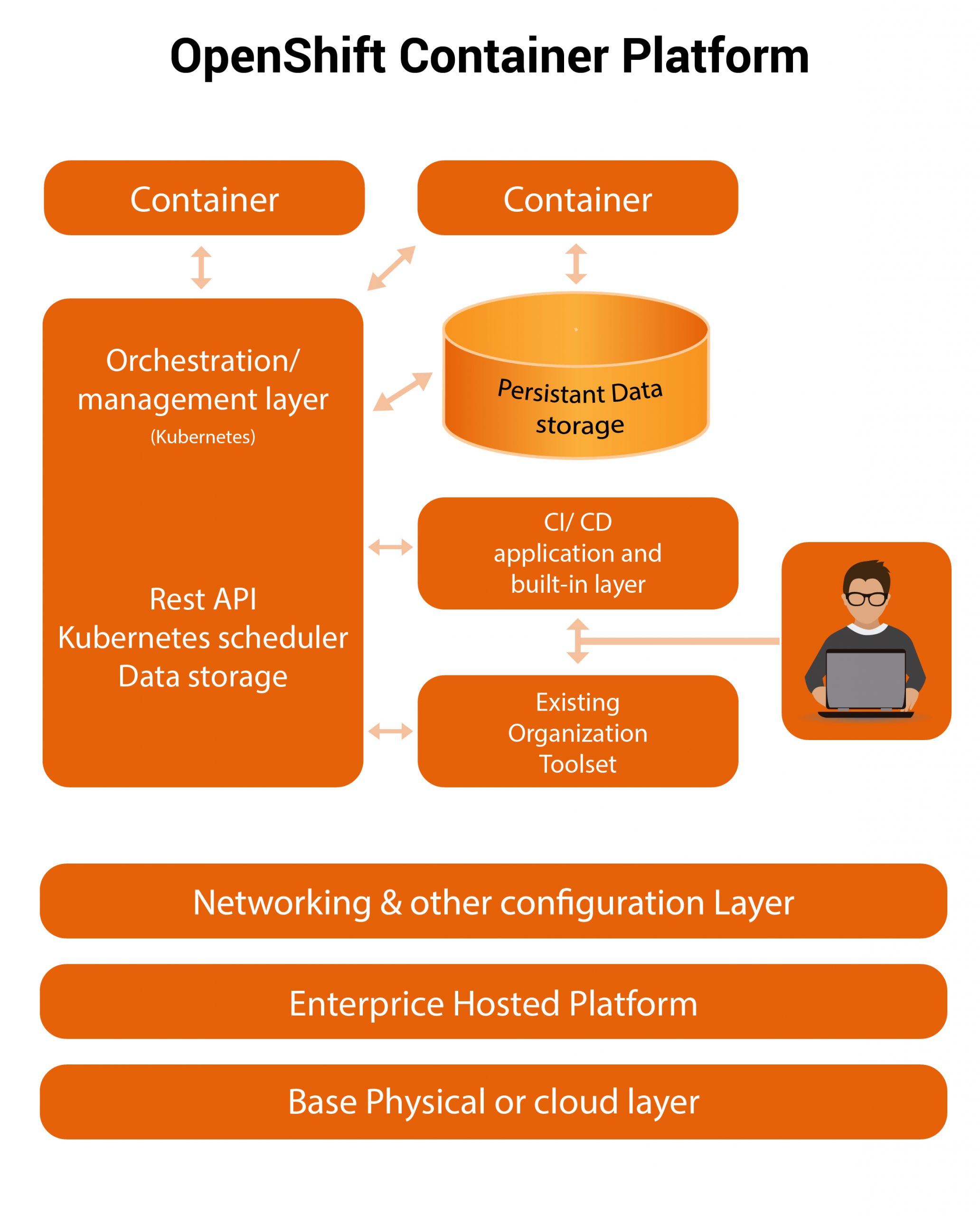 Both have many advantages over one another, but selecting the better one depends upon a user’s scenario. We have made some head-to-head comparisons of both these tools to help you decide and select which one is better in your use case:

Both can be hosted on bare metals, as well as have support for all major cloud providers like AWS, GCP, and Azure. However, Kubernetes has some custom configuration as well like the ingresses, etc. that needs to be set up as well even while using the managed services. OpenShift has its own routes that are pre-configured for routing public traffic to inside the containers.

Kubernetes setup is comparatively difficult as you have to provision the node and structure manually. It's also hard to use when it comes to the cli, while the Kubernetes dashboard also offers limited support. While OpenShift is easy to provision, there is a dashboard with templates for the support of a variety of apps. Things can be managed easily from the console or application.

Another benefit OpenShift has over Kubernetes is the integration with CI/CD tools like Jenkins. OpenShift has a dedicated Jenkins container, which supports CI/CD. Oauth authentication to use your OpenShift login for Jenkins and many other tools. In Kubernetes, you have to Set up a manual CI/CD process through a tool like CircleCI or by using commands through Jenkins.

When it comes to security, OpenShift has the upper hand over Kubernetes since the policies are strict, as well as it does not support many images that are official or unofficial on the docker hub, in which root access is required to the container.

In OpenShift, there is a concept of routers, which route the objects from the outside world to the inside cluster. Kubernetes didn’t have this solution till ingresses came, which have the same function now.

Kubernetes relies on an external docker registry to host images, while OpenShift has a built-in registry.

Kubernetes is an Opensource solution with the license to modify according to your requirements, distribute the content and use it as you like. You can even contribute to their solution in their Github repo. As for support, Kubernetes offer community-based support. Depends on your use case, community support could be better in many cases. Whereas Openshift provides you with premium support, where you can get exclusive help in questions that need to be answered. Openshift comes up with a subscription, whose cost will increase with the increase in the complexity of your infrastructure. So, it totally depends upon your budget and scenario, which solution to use.

One of the major differences between Kubernetes and OpenShift is that Kubernetes is a project and Open-Source project with community-level support and continuous development cycles. There can be stability issues as well when it comes to a project, and community-level support is provided. Comparatively, OpenShift is an enterprise-grade product with the promise of stability at a specific version. It also offers support levels to help in the setup, deployment, and management of its product.

Comparing both the above solution, I think I would place an upper hand towards OpenShift because OpenShift is using the Kubernetes container technology at its backend, with a more stable approach, high level of support, and a product made for security and productivity. These products are offered as managed services, but Unlike other ‘managed’ services on the market, Red Hat manages the full-stack, not just the Kubernetes control plane, and is backed by the experience of a specialized 24x7 global SRE team. So, it is perfect for developers and the operations team to skip the setup and move forward towards the configuration. Other than that, security is one of the major advantages OpenShift has over Kubernetes.