RPA vs BPM, Two Sides of the Same Coin

Accomplishing a single pane of glass for performance management has been an indefinable goal for many organizations, as they face an increasingly complex mix of legacy. After cloud Robotic Process Automation (RPA) is the next buzz word, an emerging trend and a new breed of technology gaining momentum in the era of Machine Learning and Artificial Intelligence.

As per the Forrester Wave, Q1 2017 report: "Enterprises are under immense pressure to digitize operations, and they see a future where routine operations are fully automated. These enterprises see RPA as part of their automation strategy."

Forrester estimates that, by 2021, there will be over 4 million robots doing office, administrative, sales, and related tasks. Management of robots will be a mounting issue and advanced analytics will aggravate these concerns as vendors push RPA to greater value.

Talk to Our Experts

Members of the Same Family

Robotic Process Automation (RPA) is one of the fastest growing sectors of business technology. Yet one which is often misunderstood. "But it's just screen-scraping on steroids!" No, it is far more powerful than that. This can enable levels of efficiency and digitalization previously out of reach, as adding physical robots into enterprise workforce. RPA Specifically acts on behalf of humans to perform work. E.g. RPA automates human tasks (manual work) rather than simply machine tasks, as with traditional software automation. This fact underscores both the growing interest in RPA and the confusion with screen-scraping. Existing user interfaces can remain intact, and the software robots perform the same functions just as a human user would do. Bridging the "island of automation" where humans are the integrating points between systems that otherwise cannot communicate.

RPA is very useful when it’s able to imitate the activity of a human being and undertake the jobs that a human would find monotonous, while also performing more quickly, accurately, and consistently. This means that human agents can be freed to do other, more complex tasks, such as those that require emotional intelligence, reasoning and judgment – the ones that require a higher level of care and interaction with the customer.

BPM’s definition, on the other hand, suggests that it is ‘a systematic approach to making an organization's workflow more effective, more efficient and more capable of adapting to an ever-changing environment. A business process is an activity or set of activities that will achieve an exact organizational goal.

RPA and BPM are neither in conflict with one another, nor are they the same thing. You could say that they both have the same goal, just with different implementation strategies. It is undoubtedly feasible to use RPA to handle certain high frequency processes that would have been undertaken by people earlier. Although you would perhaps not necessarily want the type of transaction that is core to the success of your business being handled in this manner.

RPA is mainly about dipping down the cost and headcount and BPM focuses on re-engineering the fundamental processes within the operations. RPA achieves its goal through automation of repeated tasks and also by training robots to finish the tasks, however, BPM defines and implements an entire process management model for the enterprise. Moreover, BPM not only monitors and assesses the existing processes for optimization, it also constantly improves processes to reach new requirements.

During such assessments, there is a high chance of discovering several processes that would benefit employees if they remained automated. And now RPA plays its role by applying changes without changing the existing applications or the underlying systems.

BPM is a tool intended to correct and sustain the power of the businesses within, whereas RPA is the automated associate that simplifies the work efficiencies. 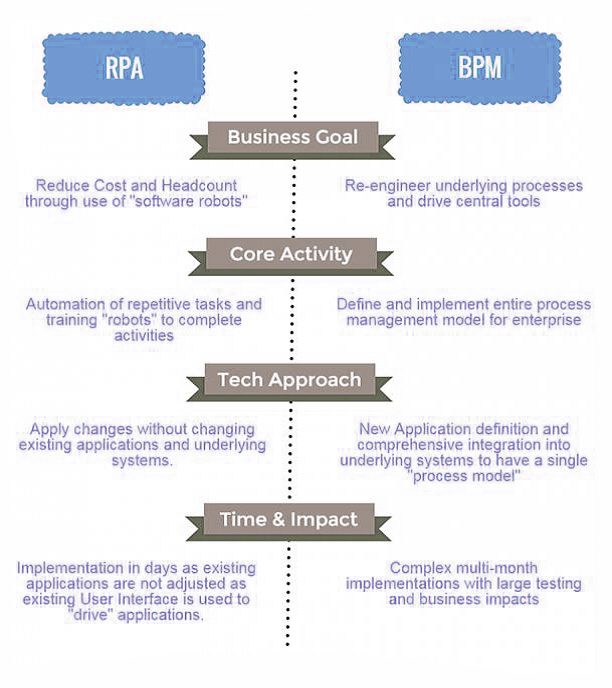 Here is a simple enterprise scenario of providing role based access to Application manually and using BPA & RPA process.
A typical workflow would be as follows:

Calling in for a similar process through scripted business process automation would involve designing a new process flow which involves backend access from an Automation Queue. These activities would require a service account or DB credentials that might have to be encrypted for performing respective actions in the system.

On the contrary, RPA tools help the support teams to record various regular activities performed. The entire manual operations can be recorded, scheduled and initiated by a bot as and when required. The models can be built with ease, in lesser duration and with zero coding.

Royal Cyber can help your organization by identifying the key difference and use both the tools tactically to their best. For more information email us at [email protected] or visit www.royalcyber.com. 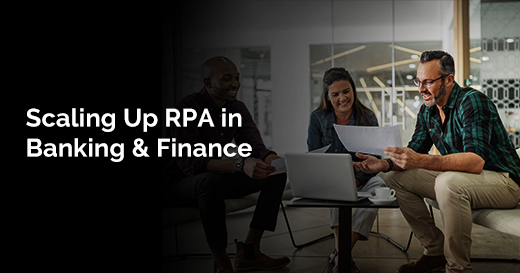 Scaling Up RPA in Banking & Finance 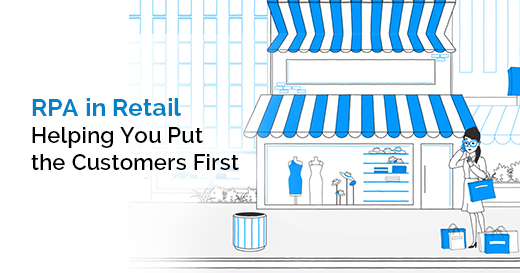 RPA in Retail – Helping You Put the Customers First 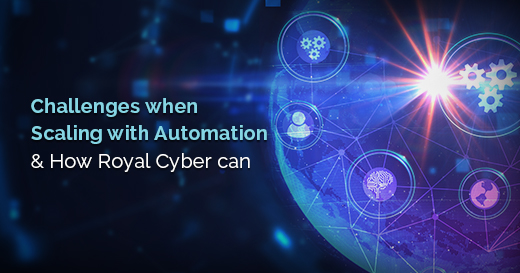 Challenges when Scaling with Automation & How Royal Cyber can Help