HATS Macro is one of the heavily used feature of IBM Rational HATS, Macro script is an XML script used to store a Macro. You have different options to view and edit the XML text, either by using the source view of the VME or the basic Macro Editor.

Having IBM Rational HATS expertise, we have experienced that there are certain limitations associated with Macro in HATS. We have listed out below some of the limitations found in using HATS Macro:

To avoid such situations developer needs to be extra careful at the time of Macro design and try to gather all the possible screen flows so that all the flows can be incorporated in Macro code.

IBM HATS Macro can run only if HATS runtime has established connection to host system in case if there is any issue at host system similar to “Host is down” or any network issue that causes connection problem between HATS runtime and Host system then Macro would fail and thus would throw runtime error.

Since HATS Macros traverse host screen so response time of HATS Macro is often considered slow as compared to normal web application. It will take more time to complete the execution of Macro if you add more screens in Macro, even if the number of screens are limited but number of actions for each screen is higher. Though at certain levels we can optimize HATS Macros to improve the performance but we can’t claim that HATS Macro response will be similar to a normal web application. One way to improve HATS Macro performance is to reduce the ‘pausetime’ between actions in Macro script. Decreasing ‘pause-time’ will show noticeable improvement in performance.

Based on our experience of what is wanted in the field of IBM Rational Solutions and with our understanding of what is possible to achieve, we have provided our thoughts based on our exploration.

Royal Cyber has the tools and techniques that can accelerate your business. To find out more about our HATS engagement visit www.royalcyber.com or write to us at [email protected]. 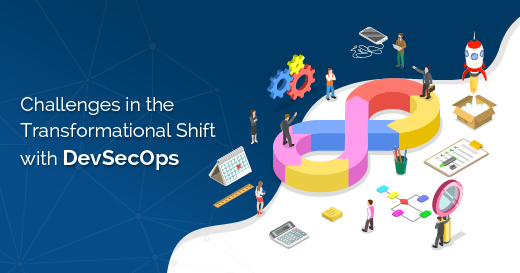 Challenges in the Transformational Shift with DevSecOps

COBOL Migration to 6.x – Why should We Migrate?

Modernize and Future-Proof Your Legacy Applications with IBM HATS